Island County Public Health is investigating a potential cluster of COVID-19 cases associated with a long-term care facility on Whidbey Island. Two cases have been confirmed and test results are pending for other residents and employees. These cases are the first confirmed cases associated with a long-term care facility in Island County. Novel coronavirus (COVID-19) cases are now spread widely throughout Island County. All residents must take urgent action to help minimize the health impacts of COVID-19. Mandates and public health recommendations apply to our entire community, in all locations, on both Camano and Whidbey Islands.

Everyone should assume that anyone they come into contact with could have COVID-19. Limit movement outside the home to essential activities only. All citizens should take appropriate cautions to limit public contact. Everyone's cooperation on social distancing is needed in order to preserve critical healthcare resources. If too many people are sick all at once, there will not be enough medical resources to go around. The healthcare system is planning for surge capacity, but that plan is dependent on us staying home now.

Anyone who has been exposed to a confirmed case should quarantine themselves at home for 14 days. People experiencing symptoms need to stay at home for at least 3 days after their symptoms resolve or at a minimum 7 days, whichever is longer. 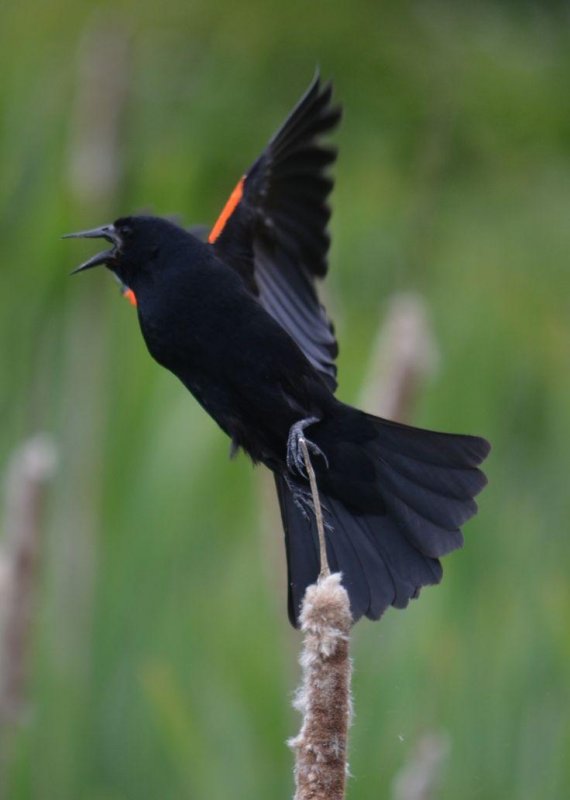 Lover of bull rush, noisey and prolific. Our wetland is the playground of many of these.

"It is a well established fact that the most productive areas of a woodland are along its edges where higher light levels allow a greater diversity of plant growth."

A nice list of plants that thrive on the edge of the forest. 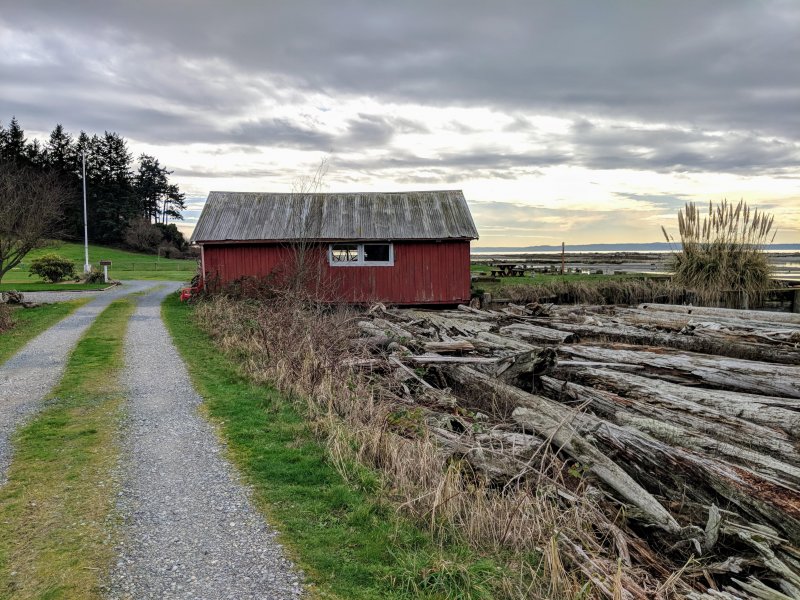 Room With A Veiw When we are lucky the gods of weather grant us a few beautiful days in mid winter. If the wind dies down the temperature will be in the 60's. This is the view from my couch today.  I need to get out doors and do some work. 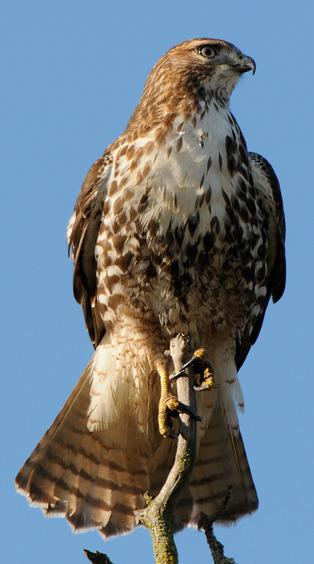 The hawks come by almost every day. The adjacnt wetland has a few trees taht offer a good veiwing perch for the hawks they often come in pairs.

Hear the call of the red tailed hawk. Eating bread with the sparrows and junco's on our deck. Today this guy  was eating bugs in the holly tree that grows next to our deck. The photo is from wikipedia, mine didn't turn out that good.

Recorded by Flora Goldthwaite during the lunar eclipse, at the end of Sunshine Lane.

During the spring 1848, Thomas W. Glasgow, after exploring Puget Sound in a canoe, chose a farm site on Whidbey Island, erected a cabin, and planted potatoes, peas, and wheat. Glasgow took an Indian wife, whom he called Julia Pat-Ke-Nim, for companionship and to insure his safety from nearby Indians. After getting established, Glasgow traveled to Tumwater to convince others to join him on fertile Whidbey Island. Antonio B. Rabbeson and A. D. Carnefix agreed to settle on the island. They made the journey by canoe, the only mode of travel around Puget Sound except for an occasional Hudson's Bay Company ship.

On the journey, the three men took turns cooking and carrying out other camp duties. On the day it was Carnefix’s turn, an Indian stopped at the camp. The man assumed that Carnefix was a slave, since he was performing duties that an Indian slave would perform, and made an offer to Glasgow and Rabbeson to purchase him. The misunderstanding was quickly cleared up, but apparently Glasgow and Rabbeson ribbed Carnefix about it and he took offense, quit the group, and returned to Tumwater. The remaining two men continued on and reached Glasgow's cabin on the west side of Whidbey Island near Penn's Cove in July 1848. Penn's Cove is about 48 miles north of Seattle.

In August, Indians representing every Puget Sound tribe, including the Chehalis, Nisqually, Duwamish, Snoqualmie, and Snohomish, arrived and set up camp at Penn’s Cove on the east side of Whidbey Island near where Glasgow and Rabbeson where located. Within a three-mile radius of the two men’s cabin, there were, in Rabbeson's words, “about eight thousand of these wild men.” Although Rabbeson probably exaggerated, the sight of the immense throng of Indians must have been an impressive one. The wetland view from Sunshine Lane,  from west to east.

Deer Lagoon, the most extensive estuarine marsh on Whidbey Island, is located near the island's south end, on the north shore of Useless Bay. The site includes an open lagoon with dikes on both east and west, and an open channel to salt water. The substrate is sand, silt, and mud. Most of the lagoon and surrounding uplands are privately owned, and public access is prohibited.