Moths watched us through
the window. Seated at the table,
we were skewered by their lambent gazes,
harder than their shattering wings.

You’ll always be outside,
past the pane. And we’ll be here within,
more and more in. Moths watched us
through the window, in August.

Chthonic (UK: /ˈkθɒnɪk/, US: /ˈθɒnɪk/ from Greek χθόνιος khthonios [kʰtʰónios], "in, under, or beneath the earth", from χθών khthōn "earth")  literally means "subterranean", but the word in English describes deities or spirits of the underworld, especially in Greek religion. The Greek word khthon is one of several for "earth"; it typically refers to that which is under the earth, rather than the living surface of the land (as Gaia or Ge does), or the land as territory (as khora (χώρα) does The wetland view from Sunshine Lane,  from west to east.

Deer Lagoon, the most extensive estuarine marsh on Whidbey Island, is located near the island's south end, on the north shore of Useless Bay. The site includes an open lagoon with dikes on both east and west, and an open channel to salt water. The substrate is sand, silt, and mud. Most of the lagoon and surrounding uplands are privately owned, and public access is prohibited.

taken from : Tidy Words & the End of the World: LeRoi Jones Reads a New Yorker Poem

In the creative city model, culture is used to increase value, be it symbolically through images or materialized. In this context, Zukin (1990) refers to “real cultural capital,” meaning spatially linked cultural capital, which becomes a reason for real investments (p. 38). As Bernt & Holm (2005) state, the cultural capital (of artists) becomes objectified and transfers onto certain places; this, in turn, makes access to it easier, as it can be consumed by anyone who enters this space. Ley (2003) examines gentrification processes and how the high level of cultural capital of artists increases the symbolic value of an area and leads to “followers” (other professionals with high levels of cultural, but also economic, capital) coming into a neighbourhood. He uses Bourdieu‟s notions of cultural and economic capital and finds that both of these concepts help to explain gentrification. [ . . . ]

Bourdieu (1999) also describes the “club effect” as a process that excludes according to economic, cultural, and also social capital. Select spaces acquire social and symbolic capital based upon “people and things which are different from the vast majority and have in common … the fact that they exclude everyone who does not present all the desired attributes …” (p. 129). This “club effect” shows that consequences like segregation and symbolic violence can result from a policy that “favors the construction of homogeneous groups on a spatial basis” (p. 129) This can be connected to the creative city concept, in which arts and culture function as enablers for a creative urban milieu, in turn enhancing the city economically and often resulting in gentrification. Artists or “creatives” play an important role here and can be seen as pioneers of gentrification, as they give their cultural capital to a certain district or space. As Bernt & Holm (2005) describe, gentrified spaces become more and more general, losing the specific characteristics that enabled their cultural distinctiveness.

Word(s) of the day: mångata" - shimmering path of silver light laid down by the moon on water (Swedish - lit. moon-street, moon-road) 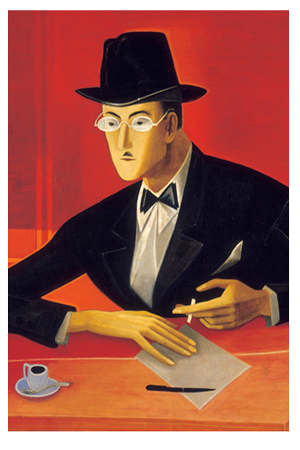 "Fernando Pessoa is an infinte solar system, made up of clusters of plaanets near and far, many of them still unexplored, or unknown. His life was a continuous self-dividing into new worlds, which he experiences as a frustrating inability to complete his works. In an autobiographical text written in English he confessed:

"My writings were none of them finished; new thoughts intruded ever, extrordinary, inexcludeable associations of ideas bearing infinity for term. I cannot prevent my thought's hatred of finishing." Across the high Alentejo plain are a number of megalithic sites, they range in age from 6,000 to 3,000 years old.

I am not one to make recommendations for places that you may or may not enjoy, however my philosophy is walking and wandering the streets will bring unknown treasures to you. I have listed a series of viewpoints and parks that are found in interesting neighborhoods. Your mileage may vary but I enjoyed each and every listing. In The Savage Mind (1962), the French anthropologist Claude Levi-Strauss used the word bricolage to describe the characteristic patterns of mythological thought. Bricolage is the skill of using whatever is at hand and recombining them to create something new. [link]

After the earthquake of 1755 rubble from the destroyed building was used as infill, the engineers and architech's developed a technique they named Pamblaino after the ‘Marquês de Pombal’ [link] The photo above was taken by French photographer Bernard Moutin from the sameroom and window that Henri Matisse  occupied when he painted the WIndow at Tangier.

An example of Matisse's paintings after the colorful revolution of his Fauvism period. After several trips outside France Matisse became interested in the Islamic art of North Africa. He visited Morocco in 1912 and 1913. Window in Tangier, with its bold color and flat perspective reflects a Moroccan influence in Matisse's work.

This was among several works acquired directly from Matisse in Paris by the Russian collector Ivan Morozov. After the Russian Revolution the Morozov collection was confiscated and eventually by 1948 the collection was donated to the public along with the Sergei Shchukin collection, at the Pushkin Museum of Fine Arts in Moscow and the Hermitage in St Petersburg.