My background is in IT with a focus on network and server support. I live on an island in the Salish Sea close to the Canadian border. I love human beings but am horrified by the way we are treating our environment. Society is in crisis I hope we can give up on greed and avaricious and create a more sustainable and equitable culture..

hypnagogic
/ˌhɪpnəˈɡɒdʒɪk/
relating to the state immediately before falling asleep.

a period when normal government is suspended, especially between successive reigns or regimes.
the period in English history from the execution of Charles I in 1649 to the Restoration of Charles II in 1660.

singular proper noun: Interregnum; noun: the Interregnum
an interval or pause between two periods of office or other things.

neoLiberalism and The rise of Populist Nationalism

People today are feeling very "dis-empowered". On the local level popular will is overturned behind closed doors by politicians and capitalist oligarchs. Be it in Seattle  Washington Athens Greece or Brixton England. In response to these feelings of inadequacy and lack of agency, people turn to politicians that promise to turn the tables, making america great or by bargaining with corporate overlords.

Understanding the current political / economic environment helps bring clarity to our situation. Neoliberalism is the water we swim in it is the air we breath. We are so accustomed to it we do not notice.

TINA or there is no alternative

Rules and democracy therefore don’t mix well. Rules are used to back up the insistence that there is no alternative (TINA). There is no value in even discussing alternatives because we have rules to follow. Tumlir also explained that international rules could help save national politicians from internal pressures: ‘The international economic order [could act] as an additional means of entrenchment protecting national sovereignty against internal erosion.’ In this Orwellian formulation ‘protecting national sovereignty’ implies its opposite. It instead means protecting the national political establishment from the wishes of a nation’s people....... From The Truth About Neoliberalism

I would invert the question to ask who is not a neoliberal today. A governing rationality like neoliberalism organizes and constructs a great deal of conduct and a great many values without appearing to do so. It produces “reality principles” by which we live without thinking about them. Thus, almost everyone in workplaces, social media presentations, educational institutions, non-profits, the arts, and more is governed by neoliberal norms. It’s quite hard to escape neoliberal rationality, including for those who imagine that they are radically critical of it. Consider, for example, how many left intellectuals use their social media profiles—Twitter, Facebook, etc.—not to build the Revolution, but to promote their books, speaking gigs, and ideas in order to boost their market value. This has become so ubiquitous that we hardly notice it.

Of course you are right that very few people acting in neoliberal fashion—that is, constantly attending to their human capital portfolio—call themselves neoliberals. Nor do economists and behavioral social scientists and policy makers, almost all of whom are working in a neoliberal framework today, use the appellation very often. It’s a loose and adaptable term, but I don’t think this means we should abandon it, any more than we should abandon the terms “capitalism,” “socialism,” or “liberalism” just because they are open and contestable in meaning. Neoliberalism is semiotically loose, but designates something very specific. It represents a distinctive kind of valorization and liberation of capital. It makes economics the model of everything, which is why in Undoing the Demos I spoke of its economization of democracy in particular and politics more generally. It has brought a libertarian inflection of freedom to every sphere, even, strangely, the sphere of morality.   ... From Who is not Neoliberal

On the one hand, I would argue that only when democracies have already been devalued, weakened, and diminished in meaning—as they have been under neoliberalism—could a full-scale assault on democracy from the right take place as we see today. So this authoritarian—I’m wary of using the term “populist”—contempt for liberal democratic institutions and values we see sweeping across the Euro-Atlantic world has a lot to do with three decades of devaluing and diminishing democracy. But on the other hand, many of these assaults on democracy take place in democracy’s name. Their claims are made in the name of freedom and patriotism, which in turn are equated with democracy. These claims are continuous with the neoliberal notion of democracy. They come from the insistence that markets and morals are what ought to be governing us, and that statism ought to be used to promote that.

So this is not a radical break from neoliberalism. You’re right that it’s no longer the “hollowed-out” neoliberal democracy we saw under Bill Clinton or Barack Obama, but it was made possible by it and extends important aspects of it. Trump was certainly not able to mobilize conservatives and Evangelicals to vote for him because we’ve suddenly become “overrun” with immigrants from the South. The ground for Trump’s rise was tilled not just by neoliberalism’s destruction of viable lives and futures for working and middle-class populations through the global outsourcing of jobs, the race to the bottom in wages and taxes, and the destruction of public goods, including education. This ground was also tilled by neoliberalism’s valorization of markets and morals and its devaluation of democracy and politics, Constitutionalism and social justice.  ....... From Who is not Neoliberal

A year in the making the little house on Rua 4  is finished . 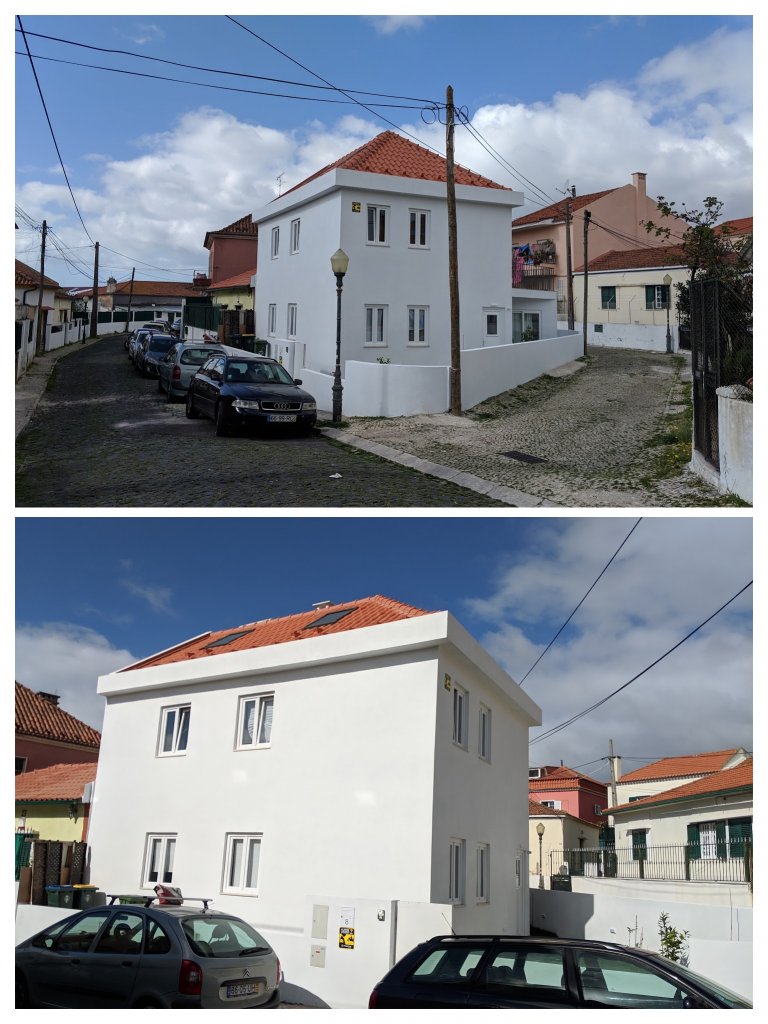 Woke Up To Snow 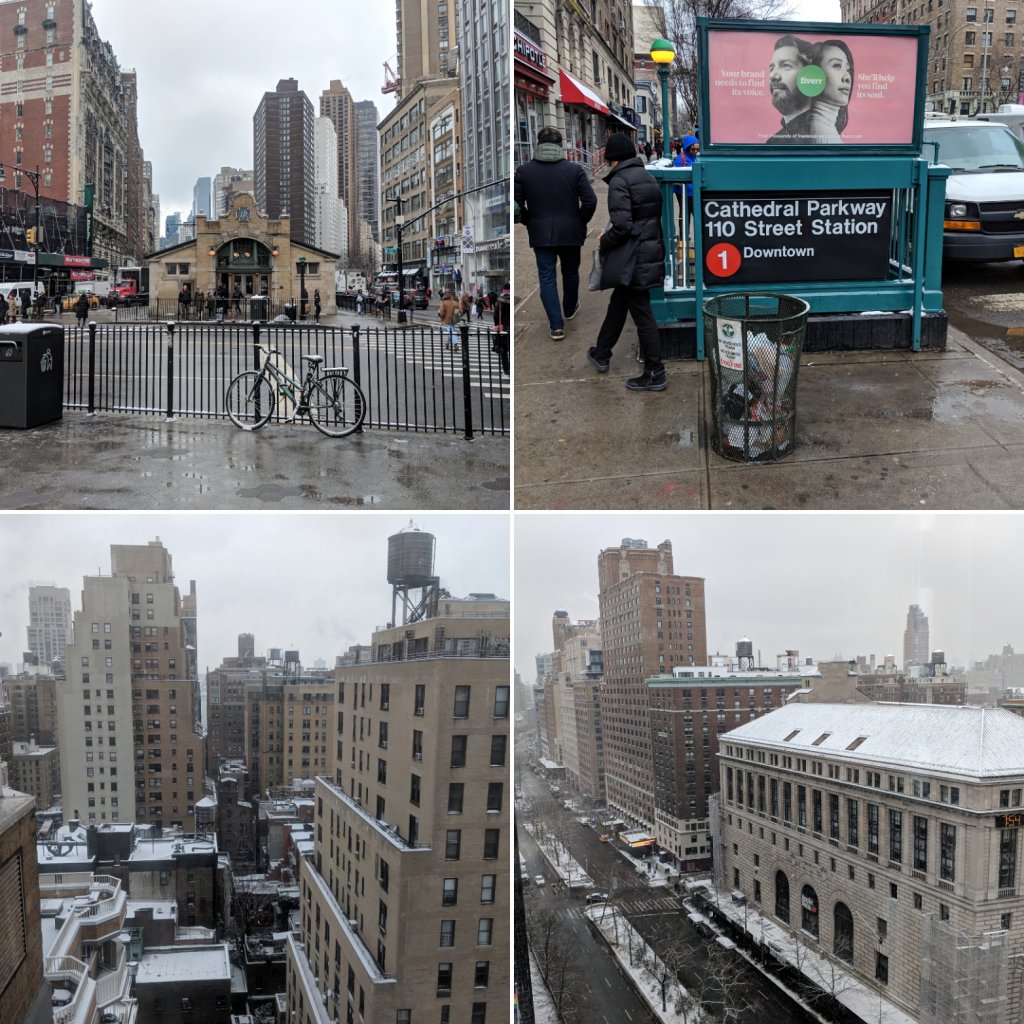 It is winter in New York, this morning looking out my window I saw snow on the roof tops. Snow flakes were falling it, was cold and dry. As the day moved on I went outdoors and the snow was turning to slush. Everyone but me was wearing a hat or a cap. My head was cold. People on the street were all busniess. This was not a play day, work needs to get done. This is New York,  #newyork

Dissociative fugue, formerly fugue state or psychogenic fugue, is a dissociative disorder and a rare psychiatric disorder characterized by reversible amnesia for personal identity, including the memories, personality, and other identifying characteristics of individuality

RSS is a type of web feed which allows users and applications to access updates to online content in a standardized, computer-readable format. These feeds can, for example, allow a user to keep track of many different websites in a single news aggregator. - wikipedia

RSS was created around 1999, at that time I was in the Network Technologies program at North Seattle Community College. I didn't start using RSS myself  till later. I used a variety of rss readers, the one that stuck with me the longest was Fever 1.39 . To use Fever you need a web server and a version of SQL I have access to both those things so in 2010 I started using Fever to aggregate all the sites I wanted to follow. Over the years this list has changed as sites disappear and as I became interested in other things. Fever was created by  Shaun Inman he stopped supporting it in 2016 .

Another web service I started using around 2010 was Pinboard   It is a service that lets you store links (url) to web pages you want to remember and return to. Pinboard has many good features one of which is generating an RSS feed from your list of links.  Here is a feed of my links  keep in mind you need to open this link in an RSS reader, its format is designed for a machine to read not a human. My account is public at Pinboard you can review all the link I have save, I am sure a physiatrist could make hay out of the list.

The traveler would be me.

One: I have started reading this book numerous times. Sometimes I open it at random and start the content is in small components like a assemblage of notes.

Two: Ricardo Reis was one of the 70+ heteronyms used by Fernando Pessoa, Saramago places both Reis and Pessoa in his novel as main characters. This choice is research into two of Lisbon's greatest authors and into life in Portugal in the 1930's.

Three: The Walk extols the virtues of walking without  clear purpose, in the manner of a Flaneur. I m interested in this practice and this ook is considered research.

Four: Zuboff's new book is a dense treatise on modern "Stack" capitalism and the surveillance systems currently built into the commercial internet. Zuboff has her detractors but the threat she discuses is very real.

Shenzhen and the Future of Chinese Tech

Shenzhen has been an important experiment for the Chinese since 1980 when it was designated a  "Special Economic Zone". It was created to be an experimental place for the practice of market capitalism within a community guided by the ideals of "socialism with Chinese characteristics"

Shenzhen is the gateway between mainland China and Hongkong. The Chinese government  hoped Shenzhen would become the "silicon valley" of China, it has and it seems to have surpassed the American silicon valley.

Here is a Bloomberg video that highlights some of the more dystopian aspects of Shenzhens development.  I must say it looks shiny and clean.